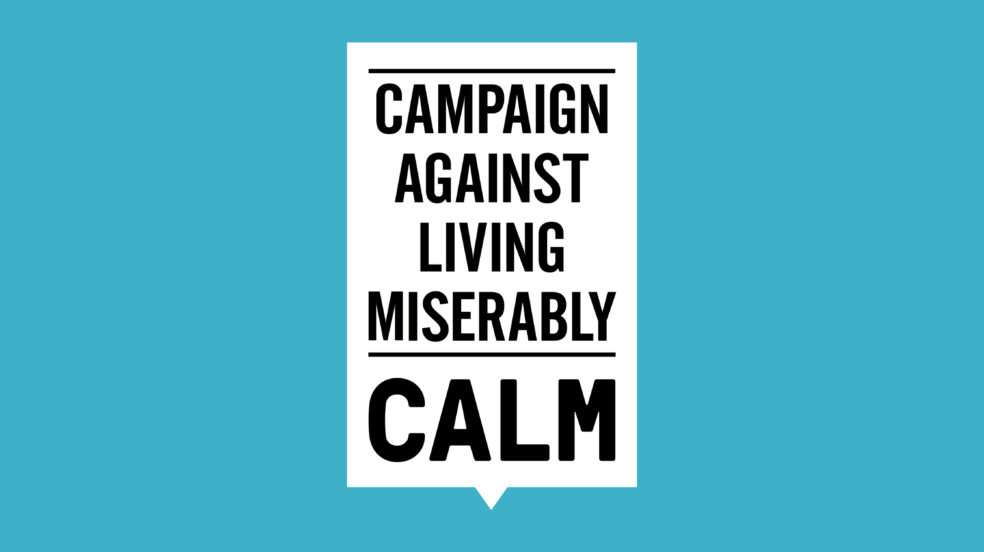 CALM is leading a movement against suicide, the single biggest killer of men under the age of 45 in the UK, through frontline services, including a helpline, corporate support schemes, and campaigns. Tony and Andy will be joining the crowds to support charity’s first event, the Lost Hours Walk on 26th October 2019.

Starting at 11 pm, the night-time walk offers two routes, covering 20 miles or 8 miles. Both start at Greenwich, the shorter route finishes at Big Ben, the longer one circles back to Greenwich. The charity chose the date as it is the end of British Summertime, and says: “As time goes backwards, we’re walking forwards to campaign against feeling rubbish, against struggling in silence, against being alone, against living miserably. 16 people take their own life every day, leaving behind thousands of friends, family and colleagues. On the one day we are given extra time, we walk for all those for whom there wasn’t enough.”

Tony says, “CALM is looking to raise awareness of suicide amongst men, something that seems to be ever-increasing. As a business, we are always looking to improve our health and wellbeing support for staff and CALM enables organisations to tap into a wealth of resources for their staff. Although CALM is not one of Monthind’s nominated charities, we believe it is important that we support them in their fundraising efforts. Our JustGiving link can be found here, any donations are greatly appreciated.”